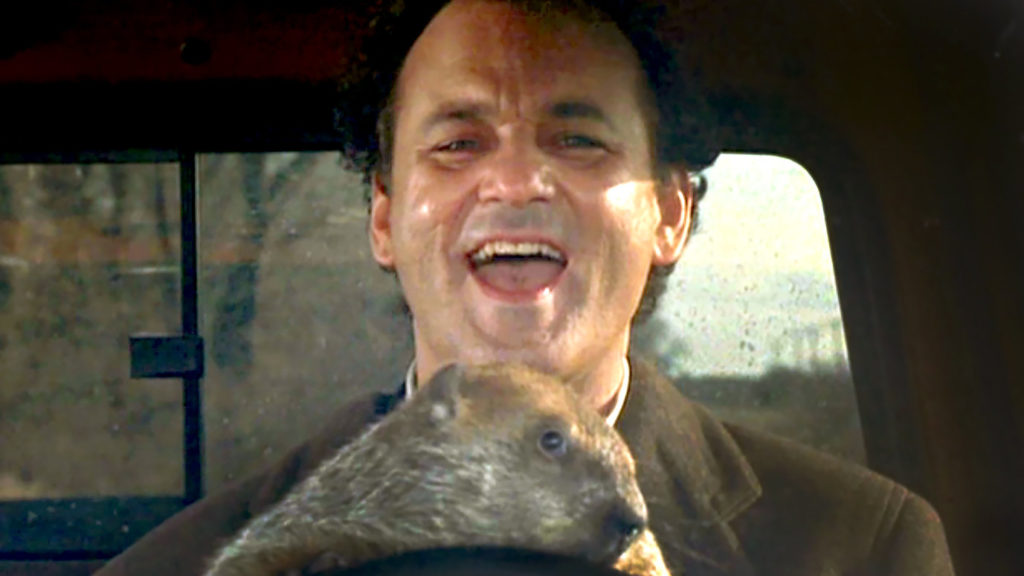 Like almost everyone I’ve ever met, I love the movie Groundhog Day.

There are lots of reasons why I like this movie. First of all, Bill Murray. (Need I say more?) Second, I often love movies like this — ones that are mostly realistic but with one surreal twist (like Being John Malkovich or Eternal Sunshine of the Spotless Mind). It also has a special place in my heart because I once got to take a workshop with screenwriter Danny Rubin (who turned out to be a pretty cool guy and even answered a question I’d been wondering for over a decade).*

Most importantly, though, I like movies that — whether or not they’re realistic — ring true on a psychological level. And Groundhog Day definitely does.

No, we don’t literally live the same day over and over. More often than not, however, we spend most days with the same people, in the same places, doing the same things, thinking the same thoughts, feeling the same emotions. Sure, the details change, but (with only occasional exceptions for special events, peak moments, and unexpected twists) the underlying experience of our life tends to be pretty consistent from one day to the next. Just like it is for Phil Connors in Groundhog Day.

From this perspective, the question becomes: What can you do to make your almost-recurring day a good one? How can you use your 24 hours (or 16, assuming you get a decent night’s sleep) to help yourself and others? What change(s) would take your day from bad to OK, or from OK to good, or from good to great? What’s one small tweak to your daily routine that could shift your day even a tiny bit in this direction?

When I asked myself these questions, the answer (for me) was obvious: write. Every day. I’ve also made other changes to my daily routine — most significantly, starting with “Life SAVERS” from Hal Elrod’s The Miracle Morning: Silence (meditation), Affirmations, Visualization, Exercise, Reading, and Scribing (better known as writing, but that wouldn’t make for a good acronym — or even a pronounceable one).

I’m now one month into this routine and, yes, reliving the same steps every morning is starting to feel a bit like Groundhog Day at times. But in a good way (think of Bill Murray at the end of the film) because I’ve consciously chosen these steps rather than responding to whatever the world happens to throw my way. And it sets the tone for a positive day to come — complete with recurring positive thoughts, actions, and results.

No, my semi-recurring day is not the most glamorous one imaginable. Unlike the film, my typical day doesn’t include any TV appearances, virtuoso piano performances, life-saving heroics, or ice sculpting. (On the plus side, I don’t have to listen to Sonny & Cher.) 😉

But it’s a day that feels more like me. My thoughts are more uplifting and my actions are more aligned with my values than they used to be. Plus, I’m seeing some positive results, particularly with my writing — including these words!

In the days to come, I hope you’ll do whatever it takes to turn your own version of Groundhog Day into one that you actually enjoy reliving (or at least reliving many of its general aspects, if not every last detail). It doesn’t require an entire life overhaul — or even an entire morning overhaul — just a subtle shift in the direction you want to go in: a few deep breaths and a smile each morning, 20 minutes for yourself at some point during the day, or a nightly pause to reflect on something you appreciated during the day. I think you’ll be amazed at how quickly you can go from feeling trapped in your life — stuck in a rut, repeating unwanted patterns — to embracing and cherishing your life…one day at a time.

* By the way, here’s the question I asked Danny Rubin: I first saw Groundhog Day shortly after reading Thus Spoke Zarathustra, in which Nietzsche raises the hypothetical question of eternal recurrence — the idea of reliving the same experiences over and over again. See the similarity? I did — so, while chatting after the workshop, I asked Rubin if he’d written Groundhog Day with Nietzsche’s concept in mind. He said no, he hadn’t made the connection until someone brought it up to him after the movie was released. Nonetheless, both representations of this idea can be viewed as either horrifying or as the ultimate affirmation of life. I choose the latter interpretation. 🙂

This is the last post I will write during the first half of my life. Not because I’m exactly 50% through my life (or approaching any significant external milestone) but because I’ve made a decision that will divide my life into “Before” and “After” segments: I’m going to stop dancing around the periphery.

Allow me to explain…

For decades, I’ve inhabited the edges of what I consider my “true life”: the life where I pursue my passions wholeheartedly, rather than merely dabbling. The life where I wake up excited to spend my days focused on what matters most to me, rather than […] END_OF_DOCUMENT_TOKEN_TO_BE_REPLACED

We just launched our latest collaborative book, 365 Soulful Messages: The Right Guidance at the Right Time, so I’ve been swimming in a sea of powerful messages, amazing stories, and soulful authors.

I’m so grateful to everyone who came together to make this book (the fifth and final volume of our 365 Book Series) so special, making it a #1 bestseller, and letting me share these life-changing experiences.

Although all of this book’s stories and messages are ultimately uplifting and inspiring, many of them grew out of difficult situations. This was the case with the story I contributed, which I’d like […] END_OF_DOCUMENT_TOKEN_TO_BE_REPLACED

Around Halloween, you have to be careful flipping through the channels, or you might end up unexpectedly landing on a horror movie — no fun at all…unless you like to be scared.

I hate it. Which is why I’ve only watched a handful of horror movies in my entire life — a few when I was a kid (usually at a friend’s house on Halloween) and once when I got dragged to the theater for The Blair Witch Project — and none at all for the last 20 years.

Fortunately, I don’t remember much from this small sampling, but there […] END_OF_DOCUMENT_TOKEN_TO_BE_REPLACED

It’s one thing to pay lip service to the warm-fuzzy aphorism “When the world gives you lemons, make lemonade”; it’s quite another to put this sentiment into action, but that’s what our local library did last month. Here’s what happened–and what I took away from it:

Last month, someone smashed eight windows in our local public library. I happened to go to the library later that day and saw the broken windows as well as glass all over the sidewalk, which made it dangerous to walk into the library. There was also glass inside the library, forcing them to […] END_OF_DOCUMENT_TOKEN_TO_BE_REPLACED

Even though 2019 has just arrived, I’m already thinking about 2020…and it’s all Cat Deeley’s fault!

You see, last year I watched her show, This Time Next Year, in which people declared their intentions for what they wanted to accomplish over the course of the year…and immediately revealed whether or not they reached these goals.

In the show’s first segment, Cat interviewed them about their current life and what they’d like to be different in a year. Then the resolution-makers walked backstage and, mere […] END_OF_DOCUMENT_TOKEN_TO_BE_REPLACED

If you read this post’s title quickly, you might think it asked that common question: “What would you do if you knew you couldn’t fail?” And yes, in spite of being a cliché, this would have been a good question to ask. Like its spin-offs (e.g., “What would you do if you had a million dollars?” or “…if money were no object?”), it removes obstacles such as doubt, insecurity, or external limitations.

So, what would you do if success were guaranteed? Write a book? Start a business? Run for office? Pursue a career in art, music, dancing, or some other passion? […] END_OF_DOCUMENT_TOKEN_TO_BE_REPLACED

The two most powerful magic words I know aren’t open sesame, presto chango, or even por favor. They’re two words that have the power to open your heart and mind to limitless possibilities and innovations: what if.

Just like Ali Baba used open sesame to reveal treasure by opening what had appeared to be solid rock, what if has the power to crack open seemingly impassable (or impossible) obstacles, revealing the treasure within them.

And just like magicians might say presto chango to change one thing into another, what if can transform a roadblock into an opportunity.

For instance, if you encounter a roadblock in your business, you […] END_OF_DOCUMENT_TOKEN_TO_BE_REPLACED

I like to think of myself as a reasonably intelligent guy, but today I did something that was just plain stupid. It didn’t make any sense. It wasn’t a good thing to do. And my timing was absolutely terrible.

Just to set the scene: this is one of the busiest times of the year for me. I’m launching two […] END_OF_DOCUMENT_TOKEN_TO_BE_REPLACED

I just read the words “Idle time is the devil’s workshop” for about the thousandth time, but it just now struck me how cynical, fear-based, and diametrically opposed to my own worldview this proverb is. Maybe it’s because I recently took almost a week off — five days filled (or not filled) with lots of idle time…and no sign of the devil!
Those days off were wonderful. My wife and I relaxed, took afternoon naps, went to the beach, explored a nearby town we’d never visited, played tennis (for the first time in about 16 years!), went on a real date, ate yummy […] END_OF_DOCUMENT_TOKEN_TO_BE_REPLACED 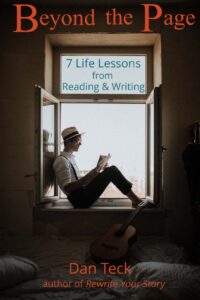 Please enter your email below to sign up for my Soulful Life mailing list and blog and receive inspirational articles and soulful goodies – many of them completely free (including my e-booklet Beyond the Page: 7 Life Lessons from Reading and Writing, which you’ll  instantly be able to download)!

You can unsubscribe at any time. I value your personal information and you can see how it’s used and protected in my privacy policy.

I look forward to connecting with you! 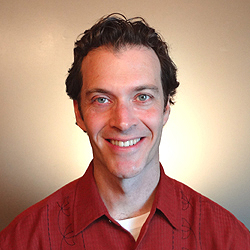 HUTM is all about personal growth, reflection, and fun!
It's a blog for people like you and me, who have come a long way in our lives but want to keep climbing, growing, and sharing—and enjoying every step of our journey! To learn more about the blog and author, Dan Teck, click here. 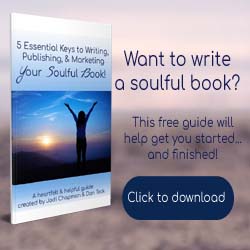 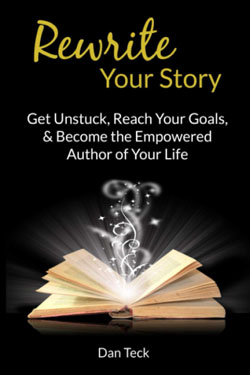 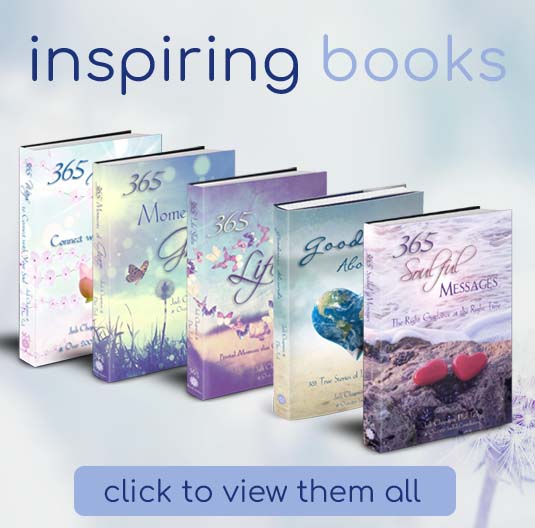 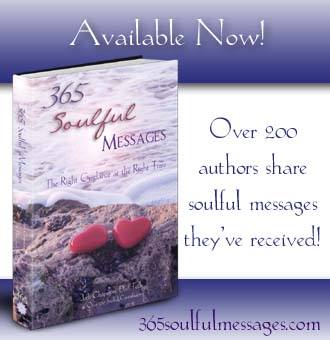 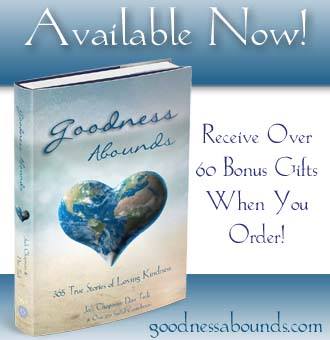 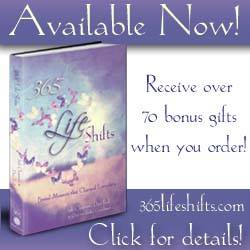 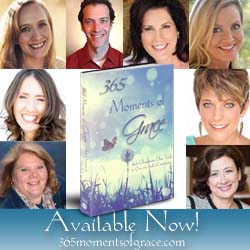 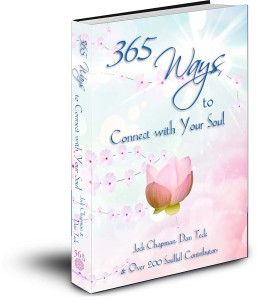